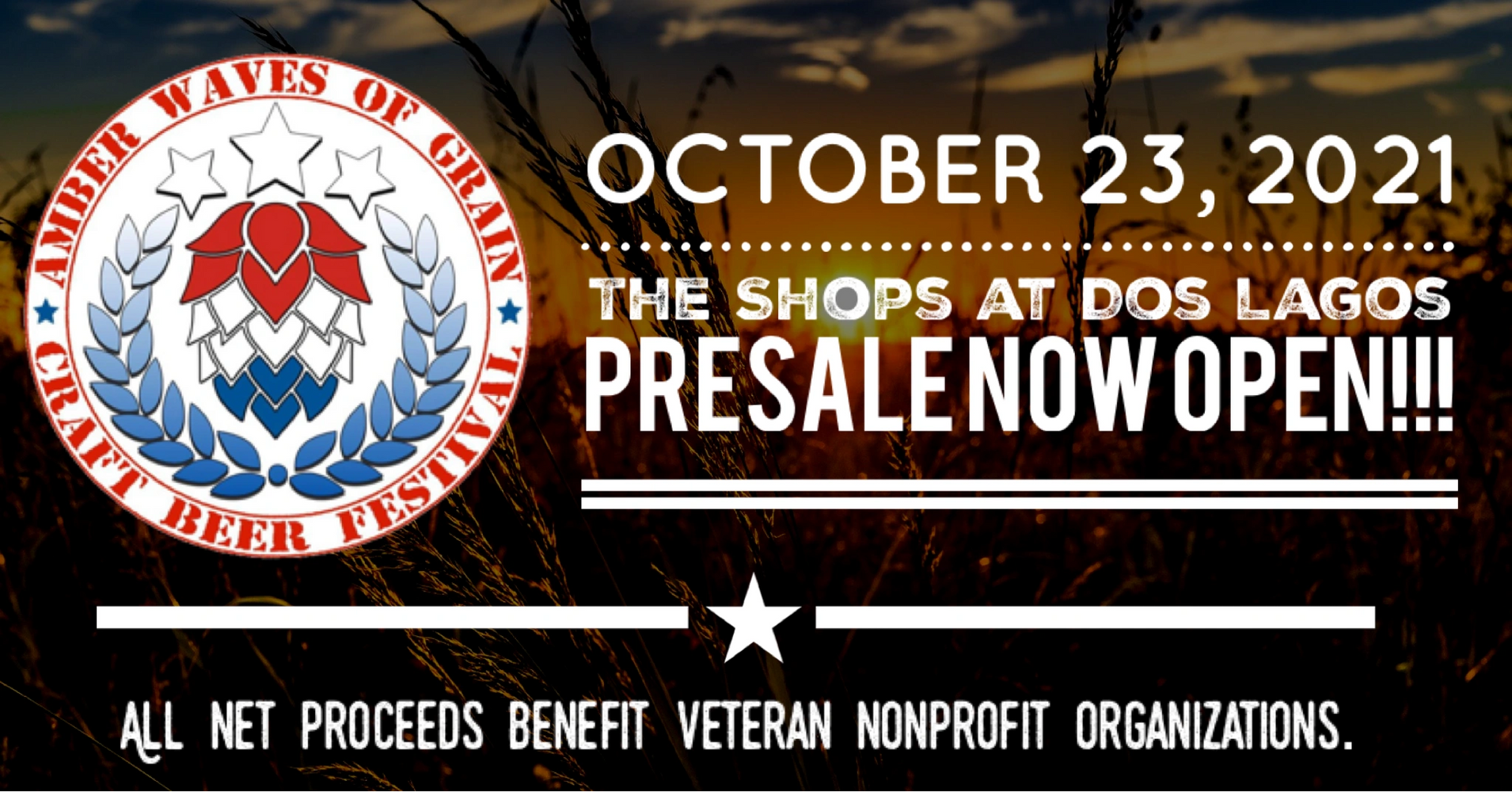 The 6th Annual Amber Waves of Grain Craft Beer Festival is the Inland Empire’s premier craft beer festival fundraiser honoring America’s Veterans. 100% of net proceeds go directly to non-profit organizations which make life easier for our Veterans. This year, the event will feature 40 breweries, 7 home-brew clubs and over 130 unique styles of beers. In addition to some amazing beers, the festival features historical reenactment groups showcasing America’s military from its earliest days as a Continental Marine, Revolutionary War, Civil War through World War I and World War II. The festival starts off with a military-civilian parade from 12:00-12:30pm. Over 30 non-profit groups will be participating as well. Get a chance to meet one of several WWII Korean and Vietnam War veterans who will be on site for a special meet and greet. KCAL FM and KOLA will be broadcasting live. This event will be at the Shops at Dos Lagos, 2785 Cabot Drive, Corona CA 92883 October 23rd 2021, from 12:00pm-4:30pm. All events are free except for the craft beer garden.

Details of the event:

For more information, and to purchase tickets, please visit https://amberwavesofgrain.org/

Tweet
Join Us In Making a Difference in our Community, D...

By accepting you will be accessing a service provided by a third-party external to https://coronapoa.com/